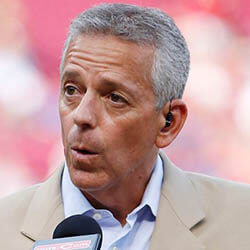 Veteran Fox Sports and Cincinnati Reds sports broadcaster and baseball enthusiast Thom Brennaman has been suspended by his team for having on Thursday (New Zealand time) used a homophonic slur during a live on-air broadcast.

It now appears as if Brennaman had been unaware that Fox Sports Ohio had already come out of a commercial break when he was heard uttering an on-air comment along the lines of Kansas City being one of the f_ _ capitals of the world. He immediately after launched head-on into reading a promotion for a Fox Sports pre-game sure, apparently none the wiser that his comment had just been live broadcast to hundreds of thousands of listeners and local fans.

The Cincinnati Reds have in the meantime issued a formal apology to the LGBTQ+ community all across Kansas, Cincinnati, and the U.S., describing the franchise to be mortified by the horrific nature of Brennaman’s careless remark. The team added that it embraced a zero-tolerance policy regarding discriminatory or biased actions and words of any kind and confirmed that Brenneman has been effectively suspended from doing any further Reds broadcasts.

Brenneman later on Thursday evening issued an on-air apology of his own, saying how sorry he was having made such a careless remark – especially since according to the veteran broadcaster, he regarded himself to be a “man of faith”.

The 56-year-old veteran broadcaster was immediately following the remark pulled from air and will by his own admission probably not be returning to take up a Reds headset any time soon.