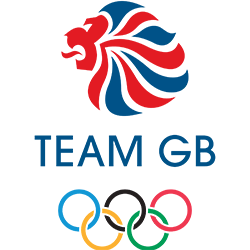 Team Great Britain’s medal count for the Tokyo Olympics in 2020 are expected to drop significantly compared to their recent games, according to new sets of data. The British team claimed 67 medals for Rio 2016, but Gracenote has forecasted that they will only be taking home 43 medals next year.

Overall, the team is expected to lace fifth in the medal table, behind China, Russia, Japan, and the United States. They also stated that their lower expectations applied to such sports as rowing, track cycling, and artistic gymnastics. Eleven of Team GB’s 27 golds acquired during Rio were won across those three sports, which accounted for almost a third of their total medal count for the international event.

In 2020, those three same sports are expected to produce only seven podium places for the team, with gymnast Max Whitlock expected to retain his title, but not individual golds are forecasted for track cycling. It’s the same for rowing, with men’s four and eight are expected to claim silver for the event.

It’s now exactly one year until the opening ceremony for the Tokyo Olympics, and the US are expected to earn the most medals on the medal table for the seventh successive games, which includes 126 medals, 51 of them being gold. Tokyo 2020 will also be the first Games at which fewer than half the events will be for male competitors only, and the first where Britain will have more female than male athletes.