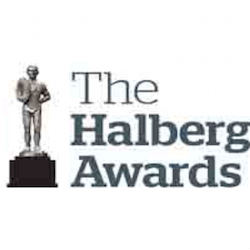 Once a year, the athletes and sports teams representing New Zealand are recognised for their contributions to world sport and the advancement of the country’s sporting ethics. The award ceremony known as the Halberg Awards were created to honour the men and women who have gone above and beyond to highlight their achievements and sport in the global community.

The origin of the Halberg Award dates back to 1949 when NZ Sportsman magazine founder, Jack Fairburn wanted to create a trophy to be awarded to New Zealand’s top athlete. The trophy was given out to the athlete whose example and athletic performance had a beneficial effect on the advancement of New Zealand sport as a whole.

After the abandonment of the awards in 1960, the trophy was restarted by the Halberg Disability Sport Foundation, which is named after Sir Murry Halberg. The rules of the awards were amended to allow teams to win. In recent times, the Halbergs has included awards such as the Sportswoman of the year, Team of the year, coach of the year, emerging talent, disabled sportsperson of the year, the lifetime achievement award, leadership award and the favourite sporting moment award.

The highest award given out is the Supreme Award, which has come to represent the Halberg Award trophy. The awards themselves are presented a dinner which is broadcast live to the nation. This year, Emirates Team New Zealand walked away with the Supreme Award for their outstanding win at the Americas Cup.

The sportswoman of the year was given out to Lisa Carrington for picking up 4 medals at the World Champs in the K1 and K2 events. It then followed that her coach Gordon Walker was recognised for his outstanding coaching on the back of Carrington’s achievements.

Tom Walsh was deservedly given the sportsman of the year award for being the first New Zealand male to win an outdoor track and field championship title in 34 years. In the disabled sportsperson title, Sophie Pascoe and her six world records gave the selectors little to think about.

The emerging talent award went to cyclist Ellesse Andrews. Ellesse set a junior world record at the cycling world champs in qualifying and then went on to win the event. All Blacks coach Steve Hanson was deservedly given the leadership award while Morrie Chandler picked up the lifetime achievement award for his role in motorsport.