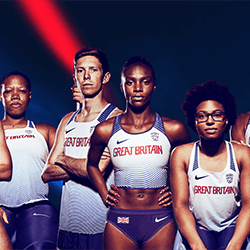 After one of Britain’s worst Olympic Games performances to date, the plot thickened further on Thursday after both Jo Coates and Sara Symington announced their exit from their roles at UK Athletics.

Coates, now the former chief executive of the sports governing body, had a reign plagued by infighting and conflict almost right from the start. Her exit comes after only 19 months in the role. But that’s still longer than that of Symington, who after only a year as performance director, has announced she’ll be making a move to British Cycling.

The recent drama started when a number of top track athletes told World Athletics president Sebastian Cole how they had reached “breaking point” with the current regime after the most disappointing Olympic run since 1996.

Several athletes had expressed a major loss of confidence in both Symington and Coates, while insisting that a dramatic and urgent change was needed.

It all reached boiling point on Wednesday night during the first board meeting chaired by new UK Athletics chairman Ian Beattie. Several heated exchanges had apparently preceded the pair’s decision to hand in their resignations.

British Cycling announced only a day later that Symington had been appointed as the new Head of Olympic and Paralympic Cycling for the country’s national cycling team. Symington, herself a former Olympic road cyclist, will reportedly settle into her new job with immediate effect.

The most recent is only the latest of several huge setbacks for the struggling organisation.