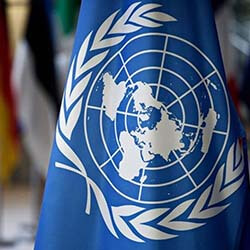 United Nations human rights activists and experts are calling on sporting bodies from around the world to ban Afghanistan from participating in global events and competitions. The ban must be immediately imposed unless the Taliban ends its stance of not allowing women to compete in sport, the experts have said.

Published this week was a firmly worded statement condemning certain comments recently made by a top Taliban official concerning women and cricket. The statement followed a similarly worded one issued last week by Cricket Australia regarding the impending cancellation of the country’s men’s cricket Test against Afghanistan set to be competed later this year.

Afghanistan cricket officials are however denying having received any directive from the Taliban that prevents women from participating in sport. Said officials are now calling on Cricket Australia to allow the match to be played as planned.

The human rights experts responsible for the strongly worded letter have in the meantime called on other countries to join Australia in its backing of women in sport. According to Ahmed Shaheed, Karima Bennoune, Elizabeth Broderick, Meskerem Geset, Melissa Upreti, Dorothy Estrada-Tanck, and Ivana Radavic, just in the same way as what racial apartheid has been banned in international sporting law, so too must gender apartheid be outlawed.

Afghanistan Cricketing Board CEO Hamid Shinwari has in the meantime told the BBC the country’s 25 professionally contracted players were still being fully compensated. The ICC is expected to make a decision regarding Afghanistan’s membership within the next couple of weeks.