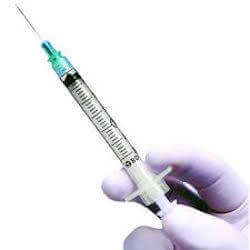 British International Olympic Committee member Adam Pengilly reacted strongly to the news that the Court of Arbitration for Sport has overturned the life-long suspensions of 28 Russians for doping, as well as having partially excused 11 other appeals. Pengilly said that it was a very dark day for sports as the wrongdoers had been recused and allowed to triumph.

The Court of Arbitration for Sport (CAS) has responded by saying that the evidence in the 28 overturned cases had been inconclusive and that doping could not be proved beyond a shadow of a doubt. The International Olympic Committee stressed the fact that the removal of the suspensions did not mean that these athletes would be invited or permitted to compete in this year’s Winter Olympics in Pyeonchang.

Pengilly says that what has happened with CAS suggests that it was time to take a long and honest look at the sports legal system, as what had happened suggests that fraud and conspiracy has now become acceptable.

The suspensions all stem from last year’s ruling during which 43 Russian nationals were banned from competitive sport for life after the IOC cracked down on a state-sponsored doping scheme at the local Sochi Games in 2014.

Subsequently, the Oswald Commission had been burdened with the task of investigating the individual cases involved. The inquisition’s findings were troublesome, to say the least. The conclusion was that a state-sponsored doping program had been up and running for a very long time and had served Russian athletes between 2011 and 2015. It basically came down to the state funding a fully-fledged medal-winning conspiracy.

Taking The Easy Way Out

Pengilly added that the true danger of a process such as this is that it sends the message into the world that it was better to cheat, especially with national help, that to go about winning the hard and fair way, because if you were to get caught, you would come away with minimal consequences and you would still ultimately be allowed to keep competing.

The IOC agrees with Pengilly, saying that the decision by the court may end up having a serious impact on world sports and the future struggle against doping.

The US Anti-Doping Agency has hit the ball back into the court of the IOC, saying that the organisations inability or refusal to adequately deal with Russia’s attack on fair play has seriously compromised the core values of the Olympic Games.