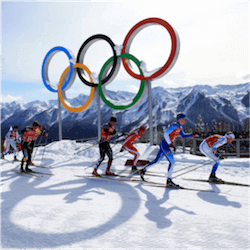 US president Joe Biden and the White House have confirmed that a diplomatic boycott will be staged of Beijing 2022 Winter Olympics. The decision has been defended as America’s response to China’s crimes against humanity.

According to an announcement on Monday by press secretary Jen Psaki, no diplomatic or official representation will be sent to either the Beijing 2022 Winter Olympics or the Paralympic Games.

Despite the boycott, athletes from the US are still expected to compete in Beijing.

Psaki emphasised that while the Biden administration will not be participating in the “fanfare” of the Olympic Games, the country will remain behind its competing athletes while cheering them from back home.

The last time the US staged an Olympic boycott had been under the administration of US president Jimmy Carter during the cold war in 1980. Carter and country at the time boycott the Moscow Summer Games.

According to Psaki, local officials had informed China of the boycott before the formal announcement had been made. She said the US feels a clear and necessary message had been sent.

China has in the meantime responded to the decision by accusing the US of putting a “stain” on the spirit of the Olympic Games. Zhao Lijian, who is China’s foreign ministry spokesperson, on Monday accused the White House of being behind a boycott hype without even having been invited to the Games it proposes to miss.

Lijian also said any boycott on the part of the US would be met with “countermeasures”.