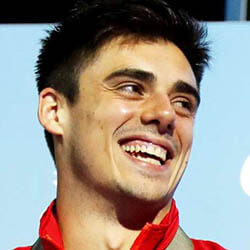 Olympic champion swimmer Chris Mears has officially announced his retirement from diving and will be pursuing a career in music. The 26-year-old won Britain’s first Olympic gold medal in diving in 2016 with Jack Laugher, took a short break from the sport late in 2018. Talking about his decision, the athlete said that it was a grey journey, who has now become a producer and DJ. He added that his road was bumpy, but that in order to get something from nothing, it’s important to work had and to never give up.

Mears was given only a 5% chance of survival in 2009 by doctors after he had suffered a ruptured spleen as a result of undiagnosed glandular fever. He had been left in a coma after an extremely serious seizure, but defied all of the odds, and was able to make his debut for the 2012 Olympic Games.

After they had retained their synchronised 3m springboard Commonwealth title for 2018, Mears and Laugher claimed silver for the European Championships in Glasgow later in the same year, It proved to be their final competition as a duo. Laugher has since joined up with Dan Goodfellow, the pair earning World Championship silver together last month.

Mears had since released his first single ‘Mexico’ in 2015 and is planning further releases in the future. as well as collaborations in the coming months. He added that he has a career of amazing memories and friendships, and that he learned many lessons.