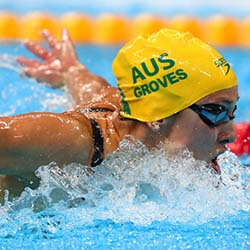 Swimming Australia has been ordered to reconsider its approach to coaching of girls and women. This follows an internal review recently concluded into the organisation’s treatment of female swimmers.

A total of 46 recommendations were made as part of the review’s report. One such recommendation involves the dropping of so-called skinfold tests, and another that the term “physique” be abolished because of its harmful connotations. The report also recommends a quota be adopted for female coaches.

Many of the recommendations detailed in the report revolve around body weight and shape and its relation to performance. Training should be humanising and free of the objectification of the body, recommends the report.

Also addressed is Swimming Australia’s complaints process. The recommendation to this end is that a character test be adopted whenever coaches and support staff are selected. Whenever appointments are about to be made, previous complaint information should be taken into account, suggests the report.

The report was mandated in June 2021 following several accusations of sexual misconduct and abuse against within the organisation.

Last year, Rio Olympics silver medalist Madeline Groves withdrew from Tokyo as a message to what she referred to as misogynistic perverts and their enablers. Groves said the time was up for pervert executives to shame young women and girls into competing for them in order for such executives to keep pocketing their annual bonuses.

According to a later allegation made by Groves, she had been sexually abused by someone who is still working within the sport. Groves said the abuse had started when she was only 13.