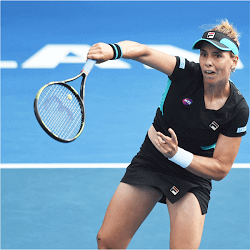 The Auckland Open, otherwise known as the ASB Classic will take place in January 2017. The tournament is considered to be one of the best indicators of how players are faring in the new season. For punters and sports fans, it is a great opportunity to place online tennis bets and enjoy the action packed games. The upcoming 2017 competition will have one of the strongest fields so far including the likes of Caroline Wozniacki, the Williams sisters, Jack Sock and Milos Raonic. While the upcoming tournament promises to be a cracker, we take a look back at what happened earlier this year at the 2016 ASB Classic.

The 2016 ASB classic was played at the ASB Tennis Centre in Auckland from the 4th to the 16th of January. The tournament itself is split into the men’s ATP tour competition and the woman’s WTA competition. This year was the 31st edition of the woman’s event and the 40th edition of the men’s event. While the prize money was not as high as other tennis tournament, the competition is still considered to be one of the highlights of the tennis calendar.

In the men’s singles division the following players were entered into the draw:

In the woman’s singles division, the following players were entered into the draw:

In the men’s division, it was Spain’s Roberto Bautista who wowed the crowds and made his way to the finals where he met with Jack Sock from the USA. Bautista went on to win the final after winning the first set 6-1 while Sock retired after just a single game in the second set.