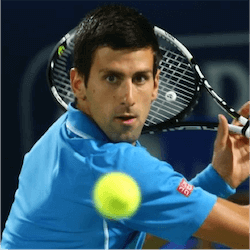 Australian border officials are reportedly investigating whether tennis world No. 1 Novak Djokovic had indeed been honest when he declared he had not travelled for two weeks prior to his flight to Australia.

While an agent for Djokovic completed the declaration of “no-travel” on his behalf, social media posts apparently show the Serb to have visited Belgrave on Christmas Day – mere days before travelling to Australia via Spain on Jan. 4.

Despite Djokovic’s recent win in court, his fate now lies in the hands of Australian Immigration Minister Alex Hawke, who could very well decide to cancel the star’s visa and deport him yet.

Such a ruling will likely be answered with a fresh legal challenge from Djokovic-and-team.

The declaration attested to by the Serb is joined by a warning cautioning about misleading information being a punishable offence by civil fines and/or other penalties. In a statement filed by the Serb at Australia’s federal circuit court, the star confirms that he had on Jan. 1 authorised his appointed agent to sign said declaration on his behalf, and with the information as provided.

Djokovic confirmed on Jan. 6 that the information provided in his declaration had been based on his medical exemption which had been approved by Tennis Australia.

Casting doubt on the situation had been a Twitter post by Portuguese sports journalist Jose Morgado. The post places the Serbian in Belgrade on Christmas Day while posing with handball athlete Petar Djordjic.

A second post shows Djokovic playing tennis in the streets of Belgrade on Boxing Day.