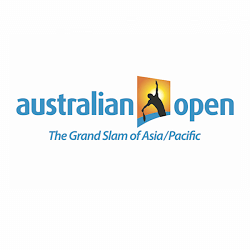 When it comes to international tennis, the four Grand Slams are certainly the most prestigious of all the tennis events of the year. These include the Australian Open, the French Open, the US Open and Wimbledon. In January 2017, the Australian Open will kick off the new season with all of the top tennis players competing for the title.

As one of the biggest tennis events of the year, the Australian open is the perfect opportunity for punters and sports fans to place wagers on individual matches as well as tournament winners. With the 2017 tournament just around the corner, we take a look at the winners and finalists from 2016.

The 2016 Australian Open was the 104th edition of the prestigious event. It took place at Melbourne Park from the 18th through to the 31st of January. There are four major categories that attract the most online bets, these include the men’s singles competition, the woman’s’ singles, the men’s doubles and the woman’s doubles. The total prize money for the tournament was $44 Million with both the men’s and woman’s singles winners receiving $3.4 Million each.

In the Men’s division, the top 5 seeded players included:

In the Woman’s division, the top 5 seeded players included:

One of the highlights of the 2016 Australian Open was the woman’s singles final between Germany’s Angelique Kerber and the world number 1 Serena Williams. Kerber eventually went on to win the final defeating Williams 6–4, 3–6, 6–4 to claim the title for the first time. In the men’s division, the final was slightly more predictable with world number 1 Novak Djokovic coming up against world number 2 Andy Murray.

Djokovic went on to win the final defeating Murray 6–1, 7–5, 7–6(7–3) to claim the title for the sixth time. In the woman’s doubles competition, it was the duo of Martina Hingis and Sania Mirza who triumphed over Andrea Hlaváčková and Lucie Hradecká 7–6(7–1), 6–3. In the men’s doubles competition Jamie Murray and Bruno Soares defeated Daniel Nestor and Radek Štěpánek, 2–6, 6–4, 7–5 to take top spot.