The 2016 Brisbane International Tennis In Review 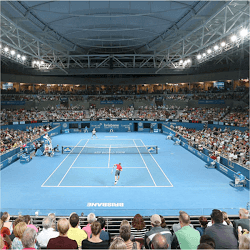 Review of the 2016 Brisbane International

In the world of tennis, the Australian Open series is certainly one of the biggest sporting events of the year. The first event to take place is the highly anticipated Brisbane International tennis tournament. In 2017, the tournament will take place from the 1st to the 8th of January providing punters and sports fans plenty of action and betting opportunities. The competition has already attracted as strong field including the likes of Rafael Nadal, Angelique Kerber, Stan Warwinka, and Gabrine Muguruza. If you missed out on what happened in 2016, you are in luck. We take a look at what happened earlier this year in the 2016 ATP World Tour.

The 2016 Brisbane International took place on the 3rd of January 2016 and ran through to the 10th. The competition was played in Brisbane at the Queensland Tennis Centre in Tennyson. It was the 8th edition of the competition in its current format. The prize money for the men’s division totalled $461 000 with the winner receiving $72 000. In the woman’s division, the total prize money was much higher at $1000 000 with the winner receiving $193 000.  For the men’s division, the main draw included the following entrants:

In the woman’s division, the following seeded players were in the main draw:

Before the competition even began, the Simona Halep, retired with a leg injury and was replaced by Ysaline Bonaventure. Similarly, favourite Maria Sharapova retired with a left forearm injury and was replaced by Margarita Gasparyan. In the men’s singles competition, it was Canada’s Milos Raonic who advanced to the finals to meet with Swill legend Roger Federer. Raonic went on to defeat Federer 6–4, 6–4 to claim the title.