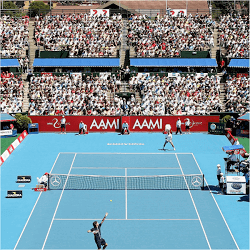 If you’re a New Zealand sports betting fan who enjoys tennis, we hope you had money on Novak Djokovic or Andy Murray in the 2016 Grand Slams. The pair were on fire this year, meeting in the finals of both the French Open and Australian Open, with Djokovic winning each encounter. At Wimbledon, Murray clinched the title in a final against Milos Raonic, and Djokovic lost the US Open final in four sets to Stan Wawrinka; the Serbian’s biggest disappointment of the year.

Serena Williams’ duel with Angelique Kerber dominated women’s Grand Slam tennis in 2016: the two met in the finals of both Wimbledon and the Australian Open, with Williams triumphant in London and Kerber victorious in Melbourne. At the French Open, Williams was beaten in straight sets in the final by Garbine Muguruza. Kerber also made it to a third 2016 Grand Slam final, overcoming Karolina Pliskova to win the US Open.

While individual New Zealanders over the years have featured on the Grand Slam circuit, the two team tennis events perennially popular in New Zealand are the Davis Cup for men and the Fed Cup for women. We have yet to score a championship win in either tournament, however; although we were co-winners with Australia of the Davis Cup in 1907, 1908, 1909 and 1911 as the Australasian team.

This year, the Davis Cup went to Argentina after they defeated hosts Croatia 3-2 in the finals. In the Fed Cup, host France also lost the finals 3-2, to the Czech Republic. These two tournaments may not be what grabs tennis punters’ attention most, but they are a proud part of New Zealand’s tennis history and they remain nostalgic treats for the thousands of New Zealanders who play social and club tennis in Tennis New Zealand’s six regions.