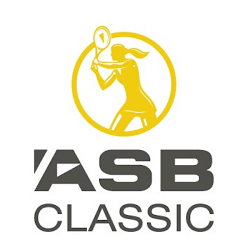 The 2017 ASB Classic Auckland Open is Just Around the Corner

The ATP Auckland open (ASB Classic) is an ATP and WTA tennis tournament sponsored by ASB. In 2017, the ATB Classic will take place in Auckland at the ASB Tennis Centre. The Woman’s event is classed as an international level tournament and will kick off on the 2nd of January and run through to the 7th. The men’s tournament is a 250 level event, which will start two days later on the 9th of January and run to the 14th. All the matches are played on hard courts at the ASB centre itself.

The history of the ASB Classic dates back to the 1950’s. After a successful run of smaller tournaments, in 1956, the Auckland tennis association hosted its very first international tournament called the Auckland Championship. Up until 1981, the tournament was a joint event with both men and woman taking part. Between 1979 and 1989, the tournament was actually part of the Grand Prix Circuit. 34 years after splitting, the WTA and ATP tournaments merged again in 2016 with both competitions held under one banner.

Recently, the 2017 field was announced for both the woman’s and the men’s tournament. It turns out that the upcoming tournament will have one of the strongest fields ever seen. The woman’s draw includes four former world number ones including the Williams sisters as well as Caroline Wozniacki and Ana Ivanovic. In the men’s competition, American Jack Sock joins field, coming from some impressive wins including the unprecedented upset of World Number 6 Milos Raonic at the Shanghai Rolex Masters.