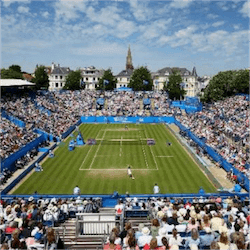 This year’s ATP 250 Series is certainly hotting up, especially with the upcoming events that span from Equador to Bulgaria. Tennis fans are looking to the Ecuador Open, The Sofia Open and the Sud De France open for their start of year tennis action and they will not be disappointed.

Current reigning Ecuador Open champion, Victor Burgos has already had a successful title defence against Thomaz Bellucci with a 4-6, 7-6, 6-2 win.

Burgos is a fan favourite as this is his very first ATP title, aged 34. Along with Stan Wawrink, Burgos is the only over 30 player to accomplish a late ATP title.

This successful title and defence comes after a serious injury incurred at the Quito Challenger in 2012 nearly ended Burgos’s career. He persevered and eventualy won his first title, making him the first Dominican to ever win the Ecuador Open.

Another noteworthy upcoming event is of course the Garanti Koza Sofia Open.

It takes place between the 5th and 12th of February this year and features 21 players taken from the main draw as well as three added wild card players and 4 players that have qualified for the event.

The 4 qualifiers are top ten ranked players while the main draws will be taken from the top 50 ranked tennis players.

Eyes this year are on Marcos Baghdatis who will be making his first Sofia Open appearance this year. The 31 year old has had 13 finals performances along with 4 previous ATP titles.

The Open Sud De France which kicks off in February is also another exciting upcoming ATP 250 event. Last year’s champion, Richard Gasquet is making a welcome return this year after he had a year marred by personal injuries.

He missed out on major events like the Davis Cup and the Olympic Games along with dropping out of the top ten rankings to number 18, despite his Sud De France and ATP European open wins.

Gasquet has stated that his goal entering this year is simply to stay injury free and work his way back into the top ten rankings.

He is eyeing an excellent Grand Slam performance along with much more consistent performances on the court and he believes cracking the top ten again this season is completely doable. Last year’s Open Sud De France runner up was another French player, Paul-Henri Mathieu.