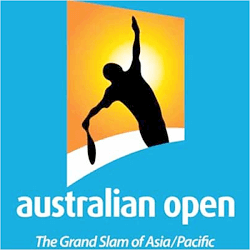 Warming Up for the 2017 Australian Open

In New Zealand, online tennis betting is certainly one of the most popular betting markets. When it comes to international tennis, the Grand Slam tournaments offer the perfect opportunity to place multiple bets on individual matches and as well as tournament bets. In 2017, the first Grand Slam to open the season is the Australian Open. Each year, the Australian Open showcases the world’s best players and gives punters and sports fans and good indicator of how each player is fairing at the start of the season.

Since 1905, the tournament has been staged in various cities around Australia and New Zealand including Melbourne, Adelaide, Sydney, Perth, Brisbane, Christchurch and Hastings. In 1972, the decision was made to move the tournament to a more permanent home in Melbourne in order to attract the more visitors. Today, the Australian Open is one of the most popular tennis tournaments in the country. The Grand Slam attracts thousands of visitors each day, the second highest next to the US Open.

The 2017 Australian Open will take place from the 16th to the 19th of January at Melbourne Park. The tournament consists of several events including singles, doubles and mixed doubles in the men’s and woman’s division. The upcoming tournament includes a particularly strong field and promises to be one of the most exciting tournaments to date. The venue includes three show courts namely the Hisense Arena, the Margret Court Arena and the Rod Laver Arena where play can continue rain or shine.

In 2016, the Australian open was filled with action and drama with some of the best players toppling at the early stages of the competition. In the men’s division it was Novak Djokovic who defeated Andy Murry to pick up a record equalling sixth title. In the woman’s division, Germany’s Angelique Kerber successfully defeated the unfaultable Serena Williams to claim the woman’s singles title.