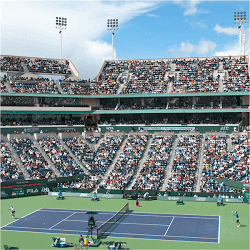 Getting Ready for the ATP Ecuador, Sofia and Sud De France Open

In New Zealand, tennis betting is one of the biggest online betting markets in the sports industry. In the world of professional tennis, the Grand Slam tournaments attract the highest number of visitors and are certainly the highlight of the tennis calendar. However, aside from the Grand Slams, there are plenty of ATP tournaments that take place during the year. One of the most hotly contested ATP World Tour series tournaments is the 250 series. The series consists of 39 international events with 250 ranking points awarded to the individual winners.

Three of the most popular ATP 250 series tournaments include the Ecuador Open, the Sofia Open and the Sud De France Open. The Ecuador Open is an international tennis tournament held each year in Quito in Ecuador. First held in 2015, the tournament is played on outdoor clay courts with both a singles and doubles event. In 2017, the Ecuador open will take place in early February at the International Tennis Centre in Quito. In 2016, the total prize money for the competition was 520 000 US dollars. The 2016 Singles champion was Víctor Estrella Burgos who defeated the Brazilian Thomaz Bellucci 4–6, 7–6 and 6–2 to claim the title.

The Sofia Open is a ATP 250 series tournament held at the Arena Armeec in Sofia, Bulgaria. 2016 was the first year the Sofia Open was ever held and offered a total prize of 463 000 US dollars. The tournament is played on indoor hard courts with both a singles and a doubles competition. The 2017 Sofia Open will take place in the first week of February. At the inaugural Sofia Open it was Roberto Bautista Agut who defeated Viktor Troicki 6-3, 6-4 to take the honours.

The Sud De France Open is an international ATP 250 series tournament held annually at Arena Montpellier in France. Formally known as the Grand Prix de Tennis de Lyon, the Sud De France was first played in 1987 at the Palais des Sports de Gerland in Lyon before relocating to Montpellier in 2010. The 2017 Sud De France Open will take place in late January and offer a total prize money of 549 000 Euros. In 2016 France’s Richard Gasquet defeated fellow Frenchman Paul-Henri Mathieu 7–5 and 6–4 to take home the singles title.