All About The 2017 Taiwan Open Tennis Tournament 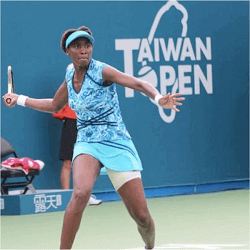 Getting Ready for the 2017 Taiwan Open

For many punters, Tennis is one of the most exciting betting sports around. In New Zealand, both local and international tournaments offer punters the perfect opportunity to place multiple bets on every match. In January 2017, punters and tennis fans will have plenty of chances to bet big at the second edition of the WTA Taiwan Open. First held in 2016, the Taiwan Open is a nine-day tennis event that is held in the 5th week of the Woman’s Tennis Association WTA calendar. Along with thirty-three other tournaments, the Taiwan Open forms part of the prestigious international tournaments on the WTA Tour.

The 2017 Taiwan Open will kick off on the 28th of January and run through to the 5th of February. Forty of the world’s leading female tennis players will compete in the singles and doubles event to be held in Taipei. The tournament will take place at the Taipei Arena and Taipei Gymnasium as an indoor venue competition. The draw for the Taiwan Open will commence in the first week of January to determine which players will take part in either the singles or doubles competition. As one of the newest tournaments on the WTA calendar, the Taiwan Open is only in its second year.

The inaugural Taiwan Open tennis tournament took place in 2016 at the Yangming Tennis Centre in Taiwan. The competition was played on hard courts with a total prize money of half a million US dollars. The singles winner received a cash prize of $111 000 with the runner up receiving $55 000.

The main draw for the seeded singles players included:

In the singles competition it was world number 12 Venus Williams who booked her place in the final, facing off against Japan’s Misaki Doi. Williams went on to defeat Doi in straight sets winning the final 6-4, 6-2 to claim the first ever Taiwan Open title. In the doubles competition, the Taiwanese duo of Hao-ching Chan and Yung-jan Chan faced off against Japan’s Eri Hozumi and Miyu Kato. The closely matched game was eventually won by the home team of Hao-ching Chan and Yung-jan Chan in