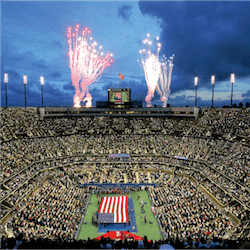 The First Round Of The US Open

With a 136 year tradition, the US Open is one of the most celebrated and respected events on the ATP calendar. It is a hard court tournament that attracts the best in the world. This year however the field has been left decimated by injuries meaning some of the best players in the sport will not be attending.

This has been quite positive for many fans as it means exciting matches between the less well publicised players in Tennis. There are still a few celebrity players to draw the crowds to the Open including Venus Williams and the welcome return of Maria Sharapova. The US Open will be running between the 22nd of August and the 10th of September.

Sharipova stunned the crowds in the first few days if the Open when after a 19 month absence she returned to professional tennis and defeated second seed Simona Halep in convincing sets of 6-4, 4-6 and 6-3.

After a banned substance suspension, Sharipova is ranked 146th and she made it into the Open on a wild card draw. This already was quite a surprise for many as she was refused entry to the French Open a few weeks earlier.

After a nearly 3 hour match against Halep, Sharipova fell to her knees and cried tears of joy. A Triumphant return for the much loved player.

The Opening Matches Highlights Of The Open

So far fans have had nothing to complain about as this US Open has already delivered surprise upsets, welcome returns and glimmers of future tennis talent. The second round kicks off today and is sure to deliver more action.