Andy Murray To Be Official Starter 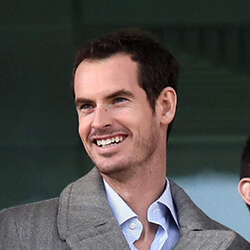 Two time Wimbledon winner Andy Murray has recently been named as the official starter for the 2019 London Marathon. He will be following in the footsteps of the Queen, who first started it last year, while the Duke and Duchess of Cambridge, along with Prince Harry, did the honours during the 2017 London marathon.

Scottish Murray, who is currently undergoing rehabilitation after hip surgery, said that it was an honour to receive the invitation. The athlete received the surgery after losing at the Wimbledon quarterfinals, and complained about a constant pain in his hip. Talking about the event, Murray stated that it was an amazing race that means so much to many people, and that it raises millions each year for charity, and inspires countless people to start getting active.

Murray, who has also seen victory twice at the Olympics, was part of the attendance for the 2014 London Marathon when his wife took part. Event director Hugh Brasher has stated that Sir Andy Murray is one of the greatest sporting starts of the country, and that it was fitting that he is to be the official starter for one of the country’s most popular sporting events, as well as one of the world’s greatest marathons.

He continued by adding that Murray is well known as one of the most competitive and toughest sportsmen in the world, and someone that does not recognise the barriers in sport that hold so many others back.