Andy Murray to Return To Doubles in Queen’s Club 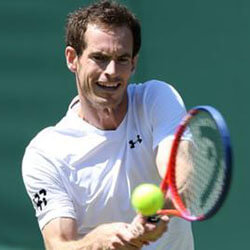 Andy Murray is planning to make a return to competitive tennis for the doubles event in the Fever Tree Championships that are set to take place at Queen’s Club at the end of June. The 32-year-old British player has not taken part in a competitive game since the Australian Open, and had a hip resurfacing operation earlier in the year.

Murray, who is the former world number one, has said that he has been free of pain, and will be partnering with Spanish Feliciano Lopez. Murray, talking to reporters, said that the Queen’s has always had a special place in his heart and that it was the perfect event to return to, adding that it was where he had won his first ATP match along with his first title for Britain and on grass, and has been his overall most successful tournament.

The event will be held in London, just two weeks before the start of Wimbledon. Murray, who is a three-time Grand Slam champion, found success with Australian Nick Kyrgios at the latest Wimbledon games and had posted a video of himself serving on a grass court. He has stated that he could play doubles at Wimbledon but has announced that he will not longer be competing in singles for the rest of the year. Former British player Naomi Cavaday has said that Murray will not want any pressure for his return to the Queen’s competition.