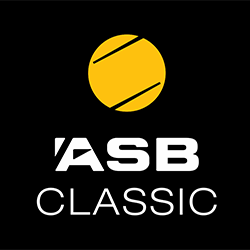 Not only is tennis going progressively greener, but thanks to a new initiative on the part of the ASB Classic, the planting of some 10,000 new trees should be funded by the time 2021 rolls around. Achieving this massive but very deserving goal will be tackled by donating the necessary funds to make it all happen to Trees That Count. Tennis is a global sport and as such, the news that the ASB Classic is doing what it can to drastically reduce its carbon footprint by forcefully cutting down on emissions, enabling the planting of thousands of new trees and even committing towards completely eradicating single-use plastics from its ranks could not have come at a better time.

As for cutting down on carbon emissions during the run-up to the tournament fortnight, its easy to see why drastic changes have become necessary in order to preserve the environment. World-class players typically travel between countries on a weekly basis and many of the top elite will yet again be making their way to Auckland with a massive entourage of support staff in tow. Elite players who will be travelling to New Zealand for the 2020 instalment of the ASB Classic include 23-time Grand Slam title holder Serena Williams and US Open champ and World No. 5 Bianca Andreescu.

The ASB Classic will furthermore be working in close co-operation with Tennis Auckland in an attempt to formulate a long-term and effective green sustainability plan. This will include putting into action specific measures that will hopefully lead to limiting waste being deposited to landfills.