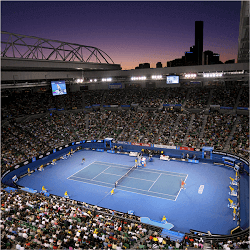 From January 16 to 29, 2017, New Zealand tennis fans and their counterparts around the world will be following one tournament avidly: the 2017 Australian Open. As usual, the event kicks off the year’s Grand Slam tennis tour on the hardcourts of Melbourne Park. As Australia’s premier tennis tournament, it attracts sports betting punters online from all over the world, including thousands from New Zealand.

This year, boosted prize money for those knocked out in early rounds should make the Australian Open even more competitive from day one. Top seeds in the women’s tournament Serena Williams and Angelique Kerber are going to see a lot of the smart money hoping they meet in another explosive final. But Petra Kvitova, Agnieska Radwanska and Dominika Cibulkova are also worth a punt on them reaching the semis.

Will it be Andy Murray’s Year?

In the men’s tournament, lots of fans will be hoping Andy Murray can break his jinx of five Australian Open finals with not a single title win. He may be in the form to do it, but as always he’ll have to outplay and outlast Novak Djokovic first. A reverse result of last year’s final would delight Murray fans and ensure fierce betting action.

That said, Milos Raonic’s performances throughout 2016 prove that he must be considered an Australian Open contender in 2017 too. And don’t forget Roger Federer; although he hasn’t played since Wimbledon, his all-round class and the fact that he has reached the semis or better in 12 out of 13 Australian Opens indicates that his opponents should never underestimate him. Stan Wawrinka’s 2016 season means we can’t rule him out, either.

Much More than Tennis

Most New Zealand punters will follow the Australian Open online or on TV, but if you’re lucky enough to be in Melbourne to see the tournament live, there is a lot more than tennis on offer. AO Open Sessions will be a huge party, with a stage full of live musicians, and the AO Ballpark will keep the kids entertained. The AO Festival that accompanies the tennis will treat fans and punters to bars, food and beverages too.