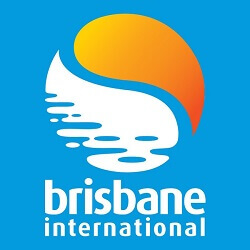 Looking Ahead to the 2017 Brisbane International Tennis Tournament

With the new year just around the corner, many New Zealand punters and tennis fans are looking forward to the arrival of the Australian Open series. Kicking off the year is the Brisbane International. This prestigious tennis tournament forms part of the men’s ATP 250 series world tour as well as an international tournament as part of the Woman’s Tennis Association. The 2017 Brisbane International will take place at the Queensland Tennis Centre in Brisbane from the 1st to the 8th of January 2017.

The Origins of the Brisbane International

The Brisbane International is the first major tournament of 2017, opening the gates for the first Grand Slam tournament of the year, the Australian Open. The origins of the tournament date back to the 1970’s when the original Grand Prix tennis circuit was formed in 1970. The World Championship circuit decided to feature an event in Queensland to develop a tennis season around the famous Australian Open. The first edition of the men’s event was played on outdoor grass courts before undergoing a surface change in the 1980’s.

In 2006, it was decided to merge the Adelaide International and the Mondial Australian Woman’s tournament into a large ATP and WTA joint tournament in Brisbane. The first joint Brisbane International took place in January 2009. By 2012, it had been promoted to a premier event on the WTA tour. In 2016, Milos Raonic defeated Roger Federer in the final to claim the title. In the woman’s event, Victoria Azarenka defeated Angelique Kerber 6-3, 6-1 to claim the 2016 woman’ title.

The 2017 Brisbane International will include a total of six Grand Slam champions to headline the competition. For the first time, five of the world’s top ten men and Woman will compete for a place in the finals. The Superstar line-up will include the likes of Rafael Nadal, Stan Warwinka, Angelique Kerber and Gabrine Muguruza.

The field for the men’s tournament includes:

The field for the woman’s competition includes: