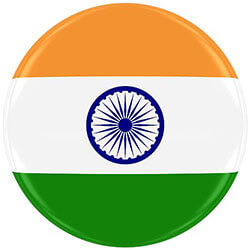 Delhi is now the frontrunner to host the Davis Cup qualifier that will see India take on Italy during the beginning There are a total of 24 teams that are set to take part in the knockout Qualifiers, which will then decide which 12 of those teams will be able to move on to the year-end finals.

India lost their World Group Play-offs to Serbia, but have retained their chance in the finals thanks to their current world rank, which sits at 20. Italy lost in their quarter-final this season, and according tot he latest format, only four semi-finalist teams from the 2018 season, along with two world cards – Britain and Argentina – will have access directly to the final matches.

The 12 winners will then join these six teams for the 18-team Finals that will take place in Madrid sometime in November of next year. Mahesh Bhupathi, captain of the Indian team, and likely to receive an extension, has stated that he’s keen to play on the grass again. Delhi has hosted some big teams in recent months, including the Czech Republic and Spain at DLTA.

The Indian team will be battling it out with Italy after 21 ones, as the last time the two teams matched together was in 1998 when Italy won the home tie in Genoa. Italy also has world number 13 Fabio Fognini, who recently won he final at the Changdu Open, as part of their line-up for the Davis Cup.