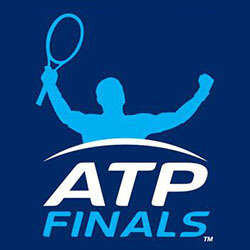 Novak Djokovic has won the ATP Finals opener against John Isner 6-4, 6-3 to launch his chance for a record-equalling sixth ATP Finals title so far in his career.

Earlier in the Guga Kuerten group, Alexander Zverev claimed six consecutive wins against Maric Cilic at the London O2 Arena with plenty of unforced errors. Djokovic, the current world number one, did not seem too troubled by Isner’s aggressive play as he broke Isner three times and did not conceded a single break point on his own serves.

Djokovic hit just six unforced errors and earned 86 percent of the points on his serve, calmly besting his opponent at every turn. It was a stark contrast to the performance of second seeded Roger Federer, who was bogged down by an error-laden game that he ultimately lost to Kei Nishikori.

Djokovic broke Isner in the fifth game of the first set, keeping the American eighth seeded back into the contest, breaking twice more during the second set and going on to win in the 73rd minute. The Serbian player is the current favourite to earn his sixth title in the season finale with Federer, who himself is currently trying to bounce back after losing his first round-robin match. Djokovic has replaced Rafael Nadal as the top-ranked player, and has been unstoppable this season after his elbow surgery, winning both the US Cup and Wimbledon, and has won 32 out of his 34 matches since leaving Wimbledon.