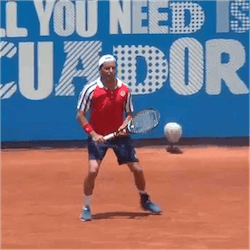 New Zealand fans of Croatian tennis star Ivo Karlovic were disappointed to see him fold in straight sets to Belgian World No. 11 David Goffin in Round 3 of the Australian Open. They will be happy to know that the lanky No. 21 will be back in action at the ATP Ecuador Open, starting on February 04. The event is played outdoors on clay at Quito’s Jacaranda Club.

Karlovic, at 37 the oldest player in the ATP’s Top 200, will be top seed in the tournament. However, Quito’s elevation at 2,800m means thin air, faster balls and possible breathing difficulties, so he won’t be invincible. Spaniards Albert Ramos-Vinolas and Fernando Verdasco, ranked 27th and 42nd respectively on the ATP ladder, should also attract widespread betting action.

New Zealand’s tennis punters will also want to get a bet on the Garanti Koza Sofia Open, from February 05-12 in Bulgaria’s Arena Armeec. With three Top-15 players in the singles draw, and 11 in total from the Top 50, this should be the most unpredictable of the three ATP World Tour 250 Series events running simultaneously. Spain’s Roberto Bautista Agut, 14th on the ATP rankings, returns to defend the inaugural title he won last year.

The top seed in early January was World No. 8 Dominic Thiem of Austria. However, he was also unceremoniously dispatched from the Australian Open by Goffin, in Round 4. Thiem lasted longer than Karlovic, treating the crowd to a thrilling 5-7, 7-6, 6-2, 6-3 contest, but to no avail.

At the time of writing, Goffin was safely through to the AO quarterfinals and looking like a serious challenger for the title. He will thereafter play at the Bulgarian tournament, so expect a tight tussle if he and Thiem should meet again.

The third ATP tournament over February 05-12 is the Sud de France Open in the Montpellier Arena. Croatian World No. 7 Marin Cilic will be a hungry top seed here, after ignominiously crashing out in the second round of the Australian Open to unseeded Briton Dan Evans. However, he can expect determined French resistance from home-crowd favourites Jo-Wilfried Tsonga and defending champion Richard Gasquet, who will likely be seeded second and third.