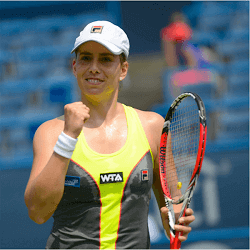 New Zealand player Marina Erakovic will be in the ASB Classic main draw.

The 28-year old tennis players has taken part in the tournament a total of 11 times, and managed to reach the semi-finals stage in 2007. She has been quoted as saying that the tournament means a lot to her, and that the fact that she would be playing in front of her home crowd in 2017 is as exciting as she remembers the first time she played on that centre court being.

Karl Budge, tournament director, has stated that Erakovic has been rewarded for the long period of time she has managed to remain the best singles player in New Zealand.

After suffering an injury setback in 2015, Erakovic replaced Spanish coach Eduardo Nicolas with the South African-born New Zealander Wesley Whitehouse, and is very pleased with the results. This will be Whitehouse and Erakovic’s first tournament as a team on their home soil.

Budge stated that Erakovic has been working incredibly hard on her game in conjunction with Whitehouse, and that she had proven that she could “go deep” at tournaments at the level of the ASB Classic before. He went on to say that it was hoped that her best play would be apparent in 2017, and that support for the player was a given.

Auckland-native Erakovic came first in seven consecutive tennis matches in order to work her way into the qualifiers of a World Tennis Association final event in April at Rabat. She was defeated by world-ranked number 15 Timea Bacsinszky in the finals, but impressed everyone once again with her Wimbledon play, making it through the qualifiers before being beaten in the third round by former number one Jelena Jankovic.

Erakovic has managed to play far more deeply in 2016’s season than has been her habit previously, and she has high hopes for what the 2017 games will bring. She has stated that the main focus for her has been that she is in top physical form and is handling her training requirements more than adequately, and that it is hoped that this is what would draw her in good stead for 2017.

The 2017 Auckland Open, which is being sponsored by the ASB, will be a joint WTA and ATP World Tour, and is played on outdoor hard courts. Next year will be the 32nd edition of the women’s event.