What To Expect At The BNP Paribas Open 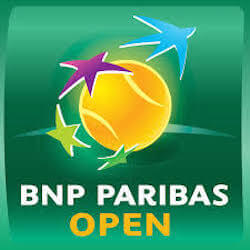 Since the Australian Open, sports punters and tennis enthusiasts have been waiting patiently for the next major tennis event to get underway. The good news is the 2018 BNP Paribas Open, otherwise known as the Indian Wells is finally here. Kicking off on the 5th of March, the popular tennis tournament will run for almost two full weeks and conclude on the 18th of March. The BNP Paribas Open is played at the illustrious Indian Wells Tennis Garden in California. This is an outdoor hard-court event and will suit players who excel at the Australian Open.

The Indian Wells is the first of 9 official ATP World Tour Masters 1000 events. It is also a major event on the ATP World Tour. In the women’s division, the tournament is actually a mandatory schedule for the WTA World Tour. This year marks the 43rd edition of the men’s even and the 30th for the women. In terms of prize money, the Paribas Open offers a generous total prize money of $8 Million.

Voted as the best tournament in its category many times over, the tournament brings in thousands of visitors each day and is broadcast to millions more across the globe. The main stadium houses 16 000 seats as well as 44 suites making it the second largest in the world.

The event itself showcases the best players in the men’s, women’s and doubles division. The schedule of the tournament runs in a similar fashion to many of the main tennis tournaments with 3 qualifying rounds before proceeding to the round of 128. The tournament then gets narrowed down to 64 players, 32 then 16 before the quarterfinals, the semi-finals and the main finals.

Who to Watch This Year

The winner in each category receives 1000 points as well as the bulk of the prizemoney. In 2017, the men’s final Roger Federer defeated Stan Wawrinka 6-4, 7-5 to take the trophy. In the women’s final, Elena Vesnina defeated Svetlana Kuznetsova 7–6(7–5) and 6-2. In the men’s doubles event, the South African/American duo of Klaasen and Ram were victorious while Martina Hingis partnered up with Latisha Chan to take the women’s doubles event.

This year, Roger Federer is back and looking for his second major win of the year while Nadal tries to regain his form. Women’s world number 1, Simona Halep will be looking to exact revenge on Caroline Wozniacki after a close finals game at the Australian Open.