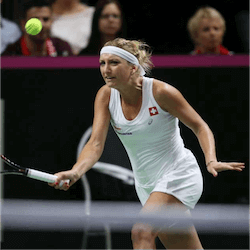 The first round of the 2017 Fed Cup, over all levels of the competition, was played around the world last week, giving New Zealand sports betting fans lots of wagering options. However, the event that tickled punters the most had nothing to do with tennis.

The luxurious Royal Laihana Resort in Hawaii was the venue for the World Group USA versus Germany clash. The hosts were left red-faced right at the start, when they played the wrong version of the German national anthem: including the opening verses hailing “Germany above all others” that have not been used since the fall of the Nazi Third Reich.

It was, however, the only moment of embarrassment for the American team; they won the round convincingly 4-0.

Defending Fed Cup champions Czech Republic are also through to the semi-finals, after beating Spain 3-2 in Ostrava. In Minsk, Belarus beat the Netherlands 4-1, and the Swiss team beat France by the same margin in Geneva.

Apart from the World Group and World Group II Fed Cup matches last week, there was also lots of action in the three regional Zones, as teams jostled for a shot at the next World Group II Play-offs.

Great Britain and Serbia, along with Canada and Kazakhstan, are now through to challenge the four World Group II Round 1 losing teams in April’s World Group II Play-offs: namely, Australia, Italy, Taiwan and Romania. The top four teams will be promoted to the 2018 World Group II.