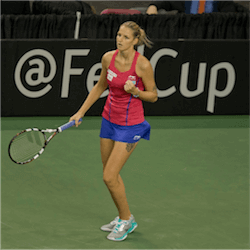 New Zealand’s tennis fans are looking forward to the first round of the 2017 Fed Cup on February 11-12. Some of the top players in women’s tennis will be playing for their national teams, with eight World Group countries competing at four locations around the globe. Punters can also enjoy plenty of betting action in the World Group II matches and promotion/relegation playoffs.

The USA is scheduled to meet Germany in the World Group Round 1, at the Royal Lahaina Resort in Maui, Hawaii. Fans planning to put a bet on the American team, however, should be aware that two US stars will not be playing: legendary sisters Serena and Venus Williams, last seem in action against each other in the thrilling Australian Open singles final in January.

Serena’s win in that match propelled her to the No. 1 spot in the WTA rankings, so it is her absence that the team will feel most. However, the team will include Australian Open singles semifinalist CoCo Vandeweghe, along with Bethanie Mattek-Sands, Alison Riske and Shelby Rogers.

The current star of German tennis is Angelique Kerber, who was only recently dethroned from the World No. 1 spot by Serena William’s Australian Open championship win. Sadly for the German team, Kerber cannot make Round 1 of the Fed Cup either, because she is scheduled to start in the Qatar Total Open half a world away, the day after the Hawaiian leg ends.

Instead, the German Fed Cup team will include Carina Witthoeft, Andrea Petkovic, Julia Goerges and Laura Siegemund. Siegemund, at World No. 38, is the highest-ranked player on the German roster, so the Germany-USA matches in Hawaii should be hard-fought contests.

The other leg of Fed Cup Round 1 that the New Zealand betting community may want to take a punt on, is the clash between defending champions Czech Republic and Spain in Ostrava. With Karolina Pliskova and Barbora Strycova, respectively World Nos. 3 and 17, heading up the Czech stars, it looks like they could be a rewarding team to put money on this weekend.