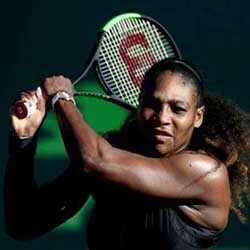 The French Open organiser’s decision to not grant Serena Williams a seeding has been met with a fresh wave of debate. The seeding was requested after her attempt to return to a Grand slam, and the decision has led to questions of how policies are organised and how female athletes are treated in the industry.

Williams, 36, is currently looking to try and get back into a leading position in her career after her hiatus she took while giving birth to her daughter last year. During her time away from the sport, she lost her world ranking, and is looking to gain it back.

Over the last season, Williams has played a total of four games, but her results have left much to be desired, and have left her with a rank of 449th in the world. The low ranking would normally mean that qualifying for the main draw would be next to impossible, but Williams’ protected ranking has allowed her to get back into the field without too much trouble.

The system allows players to retain a former ranking that they can use after being absence for a certain amount of time, and it lasts between six months and two years, covering illness, pregnancy, or injury.

Despite the protected ranking, it does not guarantee a seeding, and in Williams’ case, it means possibly matching up against leading title opponents from as early as the first rounds that she players.