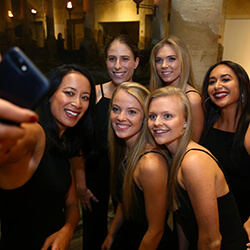 Great Britain have announced an unchanged team for their Fed Cup World Group II play offs against Kazakhstan, which is set to start at the end of April. British number one Johanna Konta will be joined by Katie Boulter, Heather Watson, Katie Swan, and Harriet Dart.

The British team managed to win all 10 of their rubbers during the group stages that took place in February, ultimately earning enough to reach the play offs. If the team continues their winning streak and beat Kazakhstan in London, they will be able to return to the World Group II for the first time since 1993.

The tie is set to take place at the Copper Box Arena. Great Britain captain Anne Keothavong has stated that there is little to separate their two teams in terms of ranking, but that she is confident that fans at home will give all of their players the inspirational life that they need. She added that it was important to their team to open up the sport to new fans while also being able to increase the awareness of tennis at different times of the year, for the many different events that take place.

Five of the world’s top players are set to represent their countries for the Fed Cup semi finals. These include Simona Halep, Angelique Kerber, Ashleigh Barty, Sloane Stephens, and Aryna Sabalenka, who have all been named as the top singles player for their nations.