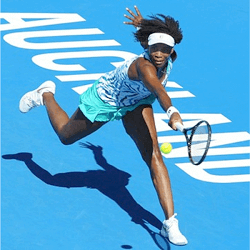 The ASB Classic, also known as the Auckland Open, is a welcome addition to the international tennis calendar, and of particular interest to New Zealand’s tennis punters. A joint ATP World Tour and WTA Tour event, the contest gives the men’s and women’s tournaments equal weight, so fans have a feast of tennis, both singles and doubles, to look forward to. It starts on January 02, so sports betting fans can get straight into the tennis action as they recover from their NYE celebrations.

In doubles, Croatian Mate Pavic and Australian Michael Venus defeated the American duo of Eric Butorac and Scott Lipsky. The German team of Elise Mertens and An-Sophia Mestach triumphed in the women’s doubles, although Serbian Danka Kovinic and Czech Barbora Strycova did take them all the way to a thrilling 2-6, 6-3, [10-5] finish.

Draws to be Announced in December/January

The Men’s Qualifying Singles Draw, Men’s Main Draw Singles and Men’s Main Draw Doubles will follow a similar pattern of daily announcements, starting on the evening of Friday, January 06. We’ll be sure to update you when the draws are made public, but we do know two things for certain: there will be some top tennis talent battling fiercely to take each title, and keen New Zealand tennis fans will get plenty of exciting sports betting opportunities as a result.