Joy As Michael Venus Signs Up For Te Anau 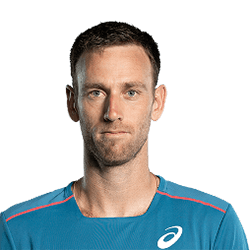 Top New Zealand tennis player and former French Open doubles winner Michael Venus has informed the organisers of the Te Anau Tennis Invitational of his interest in competing in this year’s tournament.

Venus’ interest in playing in the event is considered a major win in terms of landing a world-class Kiwi player for the event. A total of eight leading New Zealand tennis players will be featured in the competition.

Though Venus has been participating in the ATF Finals in London, England, he will reportedly be out of managed isolation by the time the event gets underway on December 28. The New Zealander will be joined in Te Anau by wife Sally and daughter Lila. The family will be making a 6-night holiday out of Venus’ participation in the competition, the tennis star has said.

Though Venus has previously competed in the Te Anau Invitational, Club President Greg Sheppard has reportedly expressed shock and surprise at the top player’s interest in playing in this year’s edition. Said Sheppard, though Venus is every year invited as a traditional gesture, nobody expected the now top-stock player to actually accept this year’s invitation. Venus’ value as a player has increased ten-fold since his 2017 French Open doubles title.