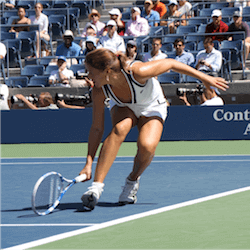 2017 US Open Tennis Tournament Draws Near

The 2017 US Open kicks off on the 28th of August and it is one of the oldest tennis tournaments in the world. The first US Open match was held in 1881, 136 years ago. As of 1987, the US Open has been the 4th and final tennis Major that makes up the Grand Slam.

Traditionally the matches are played on Acrylic hard courts. Notably the US Open is the only Grand Slam event that makes use of a tiebreaker for every set of the match.

Favourites For The Singles

Bookmakers are widely regarding Roger Federer as the man to beat at the Open. He is followed closely in the odds by Roger Federer, Novak Djokovic, Andy Murray and Stan Wawrinka.

On the Woman’s side, Garbine Muguruza is the favourite this year followed by Karolina Pliskova, Victoria Azarenka, Angelique Kerber and Johanna Konta.