A Look At The Fed Cup First Round Action 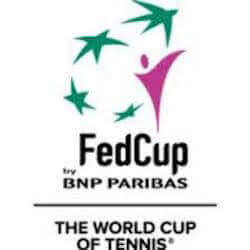 The first round of the Fed Cup has been an up and down affair with a few surprises, loads of action and disappointment for the New Zealand team. Any advancement in New Zealand led Fed Cup were squashed by Uzbekistan. The kiwis started out their Asia Oceania group two tournament with a win over Lebanon but fell at the hands of Uzbekistan. They then went up against Pakistan to place fifth, missing out on yet another semi-final appearance.

Meanwhile in Prague, the Czech Republic was able to advance to the semi-finals thanks to the efforts of Petra Kvitova. The two-time Wimbledon champion dispatched Switzerland’s Belinda Bencic 6-4, 6-2 to give the Cech’s a 3-1 lead. In France, the home side were triumphant against Belgium to book their spot in the semi-finals. With the singles matches evened out, it came down to the doubles where Kristina Mladenovic and Amandine Hess defeated Elise Mertens and Kirsten Flipkens 6-4, 2-6 and 6-2.

Good Results for Australia, Great Britain, and the USA

In Canberra, Ashleigh Barty put in 3 big games to help Australia defeat the might Ukrainians on Sunday. The World Group II tie was taken to a doubles decider after Dario Gavrilova dropped both her singles games. Reuniting with her doubles partner, Casey Dellacqua, Barty delivered the goods yet again to give Australia they win they needed.

The result means that Australia will be advancing to the World Group playoffs in April. This means they are potentially 1 win away from becoming one of the top 8 Fed Cup Nations, for the first time since 2015.

Venus Williams was action for the USA, playing against a fired-up Dutch side. Williams defeated Arantxa Rus 6-1, 6-4 and then went on to deliver another good performance against Netherlands’ Richel Hogenkamp. CoCo Vandeweghe gave the USA an extended lead while Serena Williams came out to play the doubles dead rubber, her first appearance in over a year and just 5 months after giving birth.

The World Group semi-finals will take place on the 21st and 22nd of April where Germany will take on the Czech Republic while the USA will take on France.