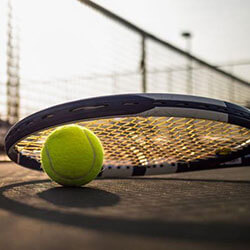 Madrid has been chosen as the host of the new Davis Cup finals that are set to take place in 2019 and 2020 under a new format, according to organisers of the prestigious men’s tennis event.

Under the new proposed format, which was proposed by the Kosmos group that is headed by Barcelona start Gerard Pique, and adopted by the International Tennis Federation, the event will allow the participation of a total of 18 nations in a single place for a week.

President of the ITF, David Haggerty, explained in a statement that they are delighted to be bringing it to the 2019 season Davis Cup finals to Madrid, and that the city is a fitting location for the event and should provide entertainment for fans from all over the world.

The newly reformatted finals are set to take place at La Caja Magica, which is the current venue for the Madrid Open. For the 2020 iteration, organisers are still deciding to host at either at the EiZink Centre, or at the same location.

Kosmos, who are an investment group headed by Gerard Pique, has backing from both Chinese and Japanese supporters, and will reportedly spend a total of $3 billion over the next 25 years to revamp the almost 120-year-old Davis Cup. The current format sees the Davis Cup as a knockout event that is played in February, July, September, and November at venues around the world, with best of five match ties following other Grand Slam games until the finals.