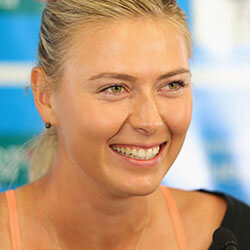 Caroline Wozniacki, defending champion, has been knocked out of the Australian Open after losing to five-time Grand Slam victor Maria Sharapova in a three-set win.

Sharapova, from Russia, and 30th seeded, claimed 37 winners in a 6-4 4-6 6-4 victory. Third seeded 28 year old Wozniacki lead the game 4-1 during the first set, only to see Sharapova retaliate. Wozniacki’s nerve started to break in the final game of the second to level the score, although Sharapova still edged into the third for the match played at Melbourne Park.

The 2019 Australian Open winner earned her second match point and won in two hours and 24 minutes, and is now set to take on Australian Ashleigh Barty for the fourth round of the tournament. Wozniacki, who is currently world number three, won in Melbourne last year and was set to defend her title again this year, hoping that she could retain her ranking points. The defeat has set her back, and it’s expected that the player’s standing will now slide down.

Talking about her victory, Sharapova said that she hadn’t played many matches in the last year, and that her latest was the kind of match that she trained for. The player was forced to cut her 2019 season short because of a series of problems with her right shoulder, which was surgically repaired following an injury. The player, who hasn’t been past the quarterfinals since 2015, hopes to be making a strong comeback.