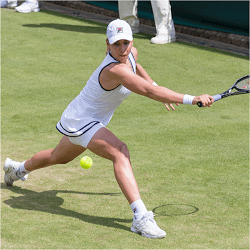 Marina Erakovic firmly believes that she has what it takes to return to the world’s Top 50 WTA tennis rankings, despite having not been anywhere near these heights for three years in total. She was awarded an ASB Classic wildcard this Wednesday, and has made it through a rather average year, but will not let her ambitions be daunted.

In fact, Marina Erakovic has recently ranked well outside the Top 100, at one stage falling as low as 193, and has had to work incredibly hard in order to qualify for the main draw of the majority of tournaments she has played.

Marina Erakovic did not figure in the Melbourne; Paris; or New York proper rounds, and vanished from the radar complete after Wimbledon, playing only three tournaments in as many months.

The tennis player has also recently undergone a change in coaches, with Welsey Whitehouse, based in Auckland, stepping in as her new mentor, after she spent the past two and a half years under the tutelage of Spaniard Eduardo Nicolas.

Erakovic, however, is holding on to her positive attitude, and has stated that it is simply a matter of time before she manages to make her way back onto the list of top-ranked tennis players in the world.

In fact, Erakovic was quoted as saying “it’s a no-brainer”. She is firmly convinced she can get back into the Top 50, and believes she has “the game for it”, stating that her game was a great one no matter who she played, and that her strengths on the courts would allow her to challenge anyone. She believes her goal is a realistic one, and is set to prove that fact over the next period.

Thanks to her work at Stanley street over the years, Erakovic’s direct entry into her home tournament was a given, but squeezing in below the cut-off for the Australian Open was not only more important, but less assured as well.

Erakovic admitted that “that was big”, and stated that sitting between the 50 and 110 mark in the Grand Slams during what would fund play for the year was nerve-wracking. Her place in Melbourne resulted from rigorous number-crunching in the last two weeks of the season, and these worked out the requirements for what can be said to be Erakovic’s golden ticket.