The Memphis and Rotterdam Open 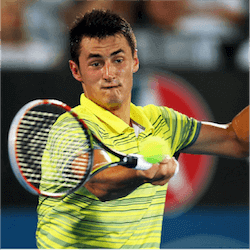 For fans of hard court and indoor tennis action, the upcoming ATP Memphis Open and Rotterdam Open (now known as the ABN AMRO Open) will satisfy your need for high impact tennis.

This year, many eyes will be on Kei Nishikori. The Japanese player has so far won 4 Memphis open events in 4 years, consecutively. He exited 2016 as the no 5 player in the world. Kei took part in the Rio Olympics where he defeated Rafael Nidal for a Bronze medal. He powered through to the finals for 4 other major tennis tournaments and also made it to the semi-finals during the US Open. Here he unfortunately lost to Stan Warinka.

Kei’s next goal is to win a Grand Slam. Along with his trainer, Michael Chang, a former world number 2 ranked player, Kei is attempting to unify his natural reserved style with a more aggressive attacking style to take down better players.

Other than Kei, the Memphis Open this year features three exceptional American players that are sure to challenge Kei from landing a 5th consecutive title.

John Isner seems to be at the top of most people’s list of top players. He is ranked 19th in the world currently, and has previously made it to the Memphis finals in 2010.

Sam Querrey is another player to watch. With a 31st in the world ranking and the 2010 Memphis open title under his belt. Steve Johnson, another top American player will also be taking part, and will add to the entertainment factor.

Meanwhile the 44th ABN AMRO World Tennis tournament will kick off on the 13th of February and will feature an amazing line up of tennis greats.

One of the biggest names to confirm their participation is Steven Wawrinka. This tennis ace is a three time Grand Slam winner, currently ranked number 3 and also a former ABN AMRO titles winner in 2015.

He will be joined by 14 time Grand Slam winner Rafael Nadal. This will only be Nadal’s third ABN AMRO Tennis appearance. Other top names announced for the event include Thomas Berdych, Jo-Wilfried Tsonga and David Goffin.

According to the director of the tournament, Richard Krajicheck, Tsonga is a fan favourite who will be looking to snatch his 13th tennis title in Rotterdam. The 31 year old Frenchman made the finals in 2011 but eventually lost to Robin Soderling.