Michael Venus May Have To Miss Australian Open 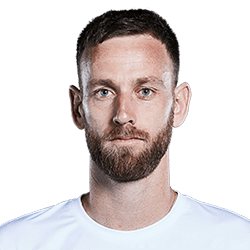 Recent new border restrictions rolled out by the Australian government are threatening to derail top Kiwi doubles player Michael Venus’ hopes of competing in this year’s Australian Open. After having spent the summer in Auckland, Venus was scheduled to travel to Melbourne on the weekend. If, however, Australia’s 72-hour pause on permitting New Zealanders to make their way across the Tasman without the need for isolation is in any way extended, the doubles star will be left with no other option but to forfeit his chances of appearing in the first Grand Slam of 2021.

The latest developments came after the emergence of a positive case in Northland, which on Monday night led to the putting on hold by government of the one-way travel bubble previously put into place between Australia and New Zealand.

The Australian Open gets underway on February 8. This means that barring an imminent return to the travel bubble, Venus will not be left remaining with sufficient time for spending the required two weeks in isolation.

The former French Open winner revealed the latest developments to a Kiwi sports page, saying he’d been in contact with ATP tournament officials about his precarious situation. The New Zealand doubles star faced a similar situation towards the end of last year, when it seemed as if he faced having to choose between London’s ATP finals or competing in this year’s Australian Open due to preparation and quarantine times.

If the Kiwi does end up getting lucky a second time round, he’ll be teaming up with countryman Marcus Daniell for the upcoming AO.