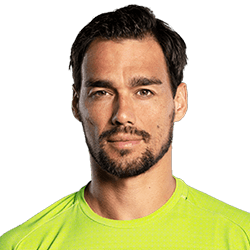 Fabio Fognini, current world number 12, was among the list of names that would be part of the squad that would be playing in the men’s ASB Classic, but it’s more than likely that other star players will be following Fognini to Auckland. With the new arrival of the ATP Cup too Australia just a week before the Classic, the number of wildcards expected to participate in Auckland has risen from 3 to 5.

Karl Budge, director for the tournament, will continue to keep a close eye on the proceedings from their Australian neighbours, and is expecting to be ready to make a pitch to any player that’s looking for an extra week’s worth of tennis before the start of the Australian Open. The field for this year’s Classic already features a selection of top talent, with such players as Denis Shapovalov, Daniil Medvedev, John Isner, and Karen Khachanov, who were all previously confirmed for participation.

But it’s been revealed that more big names could be entering the event; such as world Number 9 and past Classic champion Roberto Bautista Agut from Spain. Budge had stated that Bautista Agut is ready to take part in the event, but that they had decided to hold off from making a confirmation. Bautista Agut is currently playing alongside Rafael Nadal in the ATP Cup, and the chances of him joining the Classic are currently high, with Budge making participation more appealing with an increased prize pool.