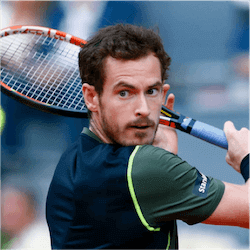 World Tennis No1 Spot Up For Grabs

Despite losing out on the Wimbledon title, Andy Murray is still ranked as the world no1. Now that the tournament has revealed the extent of his hip injury, his position is very much at risk and there is a hungry pack of players who want to claim that position for themselves.

Despite Murray showing incredible heart during his matches, it was not enough to overcome his recurring injury. Now it seems the player has travelled to Switzerland to seek treatment or at least advice on how to best treat his hip.

Many fans and critics alike wish to see Murray follow Federer’s lead and take a few months off to recuperate, but it seems Murray is not ready to rest on his laurels and give up his hard won top spot.

For now though Murray is taking it easy, he returned from Switzerland within days in order to see his younger brother’s Wimbledon triumph on Sunday. There is still six weeks left before the US Open kicks off, but whether this will be enough time for Murray to recover, and what effect a six week break will have on his form is yet to be seen.

The nature of this injury makes it unlikely that he would be able to safely work on his cardiovascular fitness or his form without risking further damage. Details on the exact nature of his injury have been very vague from the player as well as his management.

The Return Of Federer

Roger Federer meanwhile has taken a side swipe at the player during a press conference. Federer missed the last six months of the 2016 in order to make a full recovery from injuries which at the time many saw as career suicide, but Federer has gone on to prove them all wrong after claiming the Wimbledon crown, his 19th career Grand Slam.

He is currently ranked third, just behind closest rival Rafael Nadal. Nadal is edging ever closer to the coveted no1 spot after he won the French Open, but Federer sees himself surpassing both Murray and Nadal by the end of the year.

He went on to say that he considers the no1 spot to be a contest only between him and Nadal. It seems that he was not very intimidated by a limping Murray ay Wimbledon. Federer last held the highest ATP rank after a Wimbledon win in 2012. It seems the 35 years old is set to repeat history once again.