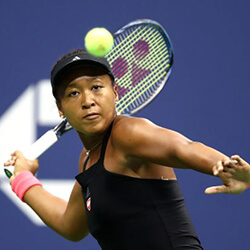 Not only is Naomi Osaka’s hope for a successful US Open title defense in tatters after an unexpected third-round loss against Canadian teen Leylah Annie Fernandez, but her entire future in the game appears uncertain following her most recent shock defeat.

The four-time Grand Slam winner, and arguably the best hard-court player in the world right now by quite the distance, seemed miles short of solid composure while serving for the match on Friday night. After falling completely apart during the point of tie-break, the Japanese star just couldn’t regain form as she made her way toward a 5-7, 6-7, 6-4 loss.

The lack of composure continued after the match during a highly emotional session with the press. Commenting on the disappointing loss, Osaka spoke about how winning no longer made her feel happy. Instead of feeling like celebrating a win, Osaka said in recent times she’d only felt a sense of relief over not losing. And losing, in turn, created in her a sense of immense sadness – something she said she didn’t consider to be normal.

While the briefing’s moderator tried to end the conference at this point, the former world No. 1 insisted on finishing what she had come to say while obviously fighting hard to hold back the tears. Osaka continued by saying that she did not know when she’d be playing her next match, but that the plan right now was to take a break from playing.

Osaka earlier this year withdrew from the French Open at Roland Garros after admitting to depression created by interacting with the press.