NZ Delighted to Be Hosting the Premier League 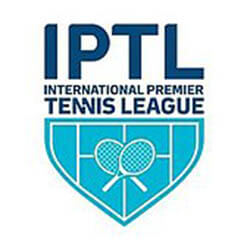 The prize money is not enormous, the field is not going to be hosting the biggest names in the game, and the Tournament Director is working on the draw details while obeying quarantine rules. But New Zealand is nonetheless proud as a peacock to be reviving elite Tennis next week.

The Premier League Tennis Tournament in Auckland will be the first professional competition in the southern hemisphere in the wake of the worldwide lockdown in an attempt to contain the novel coronavirus COVID-19.

New Zealand has been done well in containing the virus, recording 1 500 cases and 21 deaths so far. A strict lockdown lasting two months reduced new cases to a trickle and authorities have recently started easing social restrictions, including those on pro sports.

The contest is based on men’s teams and will run for three weeks from June 3rd, giving Tennis-starved fans and desperate sports fundi’s something to look forward to. It’s something to be celebrated, especially because the pinnacle Association of Tennis Professionals and Women’s Tennis Association Tours are still in suspension and have been from the beginning of March.

All of the 122 matches are to be staged with no spectators in the terraces, but the games are going to be broadcast live on Sky Sports Next, Sky Sports’ YouTube Channel. Gareth Archer, Commercial Manager of Tennis New Zealand, is pleased as punch about the fact that it’s come in before Rugby Union starts again on June 13. He stated that having a week or two on that sport is a good thing for Tennis!