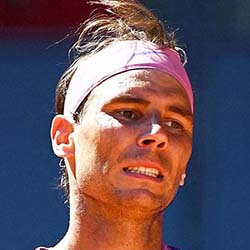 Tennis world No. 2 Rafael Nadal said on Wednesday (NZ time) he’s not yet sure whether he will be travelling to Japan to compete in the Tokyo Olympic Games come July. Currently in Rome for the Italian Open, Nadal’s uncertainty about Tokyo means he joins a growing number of players now expressing doubts about competing in Japan this year.

When asked whether he would play at the rescheduled Olympic Games, Nadal said he’s not able to give a clear answer because he doesn’t yet know his “calendar”. He added that under normal circumstances, he’d know his schedule for the year inside out, but that this year is no ordinary year, and as such, required flexibility and a willingness to adapt to everything that’s been happening.

The Spaniard, who is currently preparing to push for a 14th French Open title, is only the latest in a growing line of top tennis places to express uncertainty about the upcoming Olympic Games in Tokyo.

Another to have expressed doubts about competing this year is Serena Williams. The four-time champion said she’ll be willing to travel to Tokyo only if Japan’s health and safety protocols allow her to bring along her 3-year-old daughter.

Japanese tennis star Naomi Osaka, too, appears uncertain about what the future holds. Osaka said this week that even though as an athlete the Olympic Games is the ultimate event and something every athlete waits for their entire life, there are issues of much higher importance to consider right now.

Meanwhile, although public opinion in Japan continues to oppose the staging of Games in the country this year, Japanese organisers as well as the IOC continue to insist the event will go ahead come July 23.