Rafael Nadal On His Refusal To Support Madrid Open 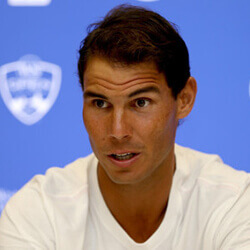 The Madrid Open is set to start soon, and some of the best players in the world have already admitted their desire to take Nadal’s crown during the games at the Spanish capital.

Madrid has held the tournament annually since 2002, and it has become one of the biggest international tennis tournaments in the world.

The future of the Madrid Open, however, has been called into question, as the city has explained that they have no desire to host the tournament from 2021 onward.

Nadal, having won the Open five times in the past, has refused to take a stand against the government’s decision concerning the future of the Open.

At the same time, Nadal has praised the tournament, saying that the reason for tournament’s success is thanks to the Spanish people’s love of the game.

“I think we have a great tournament here in Spain, one of the highest levels, and a really high-level tournament.”