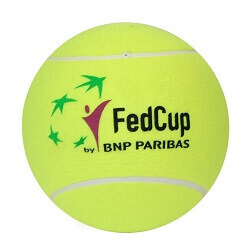 On an international level, the Federation Cup, also known as the Fed Cup is considered to be the single largest team tournament in the woman’s tennis. For punters in New Zealand, the Fed Cup provides ample opportunity to place online tennis bets over the course of the tournament. In 2017, the 55th Fed Cup will kick off on the 11th of February and run all the way through to the 12th of November when the group 1 and group 2 playoffs will get underway. With lots of tennis action to look forward to, we take a look at the finalists and winners of the 2016 tournament.

The 2016 Fed Cup Finals took place on the 12th and 13th of November 2016. The playoffs of the tournament are split into two groups namely World Group 1 and World Group 2. Each group consists of 8 players that are determine from previous group results as well as qualifying games from the current season. In 2016 the eight teams that qualified for the quarterfinals included:

Of the eight teams in the quarterfinals, the four teams that advanced to the semis included the Czech Republic, Switzerland, France and the Netherlands. In the finals it was France who met with the Czech Republic for a shot at the title. In the end, the Czech team that triumphed winning 3-2 to claim the Fed Cup title.

The four teams in Group 1 that lost in the first round then played for a spot in the 2017 playoffs while the Group 2 teams played to stay in Group 2. At the end of the playoffs, Germany will remain in Group 1, Belarus, Spain and the United States are all teams that will be are promoted to the World Group for 2017. Of the Group 1 teams, Italy, Romania and Russia will drop down to Group 2 Level for 2017. Australia will also remain in group 2.

After the group 2 playoffs in 2016, Slovakia will remain in Group 2 for 2017 while Belgium, Taipei and the Ukraine were all promoted up to Group 2 status. Dropping out of group 2 is Canada, Poland and Serbia who find themselves in the Zonal group for 2017. Meanwhile Argentina will also remain in the Zonal group after an unsuccessful attempt in group 2.